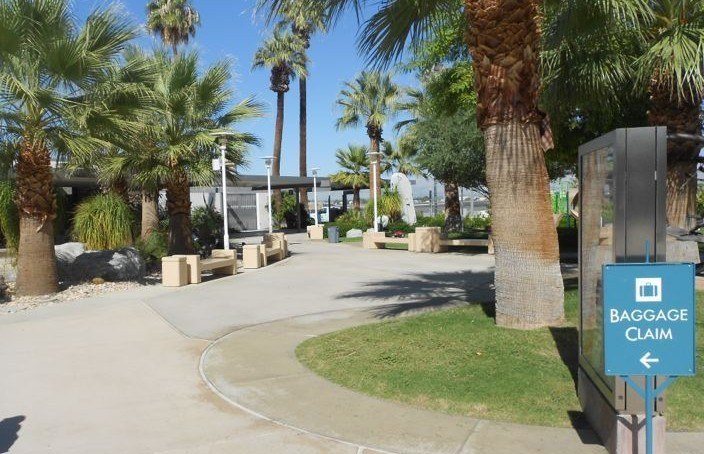 Why do men think that women always travel with heavy luggage?

I met several men in my life who were totally surprised by the fact that I only need carry-on luggage for a weekend or almost a week. I went to Palm Springs with my aunt and sister once and we took only one carry-on for all three of us – for 5 days. But let’s be honest – what else do I need in Palm Springs but my bikini, underwear, shorts and t-shirts? The nice guy at the check-in thought we were kidding and everyone of us also had a huge suitcase rolling down every second. He could believe in no case that three women only need one suitcase. But I had an even better story with a taxi driver in Berlin.

I was in Berlin for only one night due to my job. I arrived Friday night and left Saturday early in the morning. Accordingly I only had a small shoulder bag with me. Of course the taxi driver who brought me to the airport in the morning couldn’t know that I was in Berlin for only one night. When I said I wanted to go to the airport to fly back home he asked, quite astonished: „You’re traveling that light?“ I answered that I spent only one night in Berlin but I don’t take that much luggage on my trips in general. Over the years I learned that I always come home with half of my clothes unworn – no matter how much I pack in my bag.

The taxi driver, still astonished, then told me a story about his wife. Right after they met for the first time they went on vacation together. Nothing special in mind he went to pick her up at home and suddenly was faced with several big suitcases. He asked himself, and her, why she packed so much for their short vacation. She answered (typically for women): „I need all that. We still don’t know what we gonna do on vacation. I need a variety of clothes!“ As he was blinded by love he accepted that argument and dragged the luggage to his car.

Dragging suitcases is his daily business anyway. „You won’t believe with how much luggage some people go on vacation“ he said and told me the story of a young couple he had to drive to the airport once. They had four suitcases with them – one for him and three for her. Of course the taxi driver couldn’t deny himself asking how long their trip will last and what’s inside those suitcases. The trip should last only twi weeks. And one suitcase was packed with shoes. ONLY shoes.

Of course a man can’t understand that. But I’m a woman and I can’t understand it as well. Why would a woman do that to herself – or rather to her husband? Dragging all that needless stuff. Why the hell do women need 10 pairs of shoes while on vacation? Or 5? I need two pairs: one pair of flip-flops and one pair of sneakers. Of course it depends on your destination – for hiking holidays you exchange sneakers for hiking boots and for winter holidays you exchange them for winter shoes. I took my running shoes once because I knew the hotel had a gym. Did I use them? Of course not. 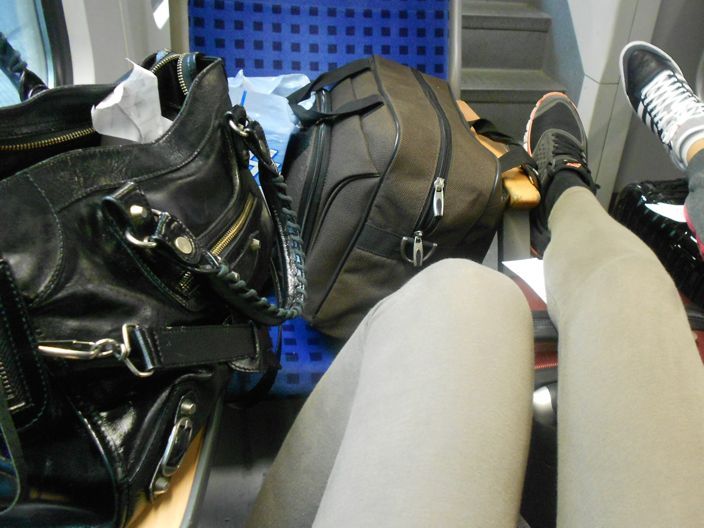 My taxi driver doesn’t only pack two pairs of shoes at the most – he packs very few of everything. 10 pairs of underpants for a 10-day vacation? The very idea! „I’m not a litter lout. I can use a pair of underpants twice if I haven’t sweat.“ Well, each to his own. In this case it’s his benefit that he can drag his wife’s stuff as his own stuff isn’t heavy at all.

I always drag my bags myself. That’s another reason why I don’t pack too much needless stuff. And if something’s missing I can buy a replacement on vacation. In the end it’s everybody’s own decision how much he/she packs for their vacation. I heard of men who need unbelievable bulks of stuff. Just as there are women needing only a few things. And I don’t think that’s unbelievable at all.

How much luggage do you need when traveling? Are two pairs of shoes enough or do you need more?

From Cologne to Chicago – the Complicated Way

Fear and Doubt? No thanks!